The first question you should ask before moving to any country should be, “What will I be doing there?” In fact, we’ve mentioned that jobs don’t come as easily as you might think, especially in a foreign country. You have to have a plan and strategy set on how you will find employment, whether you want to teach or work in a different field.

Once that’s settled, the next question should be, “How much is the current cost of living?” 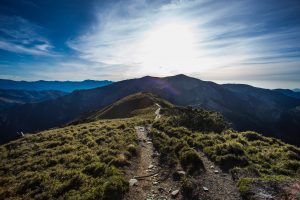 Currently, the expatriate community in Taiwan is thriving, which Forbes attributed to the inexpensive cost of living. This goes on top of the natural beauty of the country as well as the welcoming locals. To give you a better idea of the current cost of living in Taiwan, here are some ballpark figures for basic expenses in 2018 updated from our previous estimates.

The standard price for a small studio in New Taipei City is around $330-350. You can get a more spacious unit for around $100 more, or opt for a one-bedroom unit for roughly the same price. A two-bedroom apartments usually go for around $600. Taipei City prices are higher and they can really go up the closer you get to an MRT station.

Taiwan’s prices, however, are actually more affordable than many other industrial Asian regions. The typical cost for a one-bedroom in Hong Kong is around $800. They’re called micro-apartments, and according to the Financial Times, this is another way of saying that a unit is no bigger than a capsule. The Chinese territory is a small island and there’s virtually nowhere else to put housing but on top of one another. In Japan’s main cities, such as Tokyo, a unit of the same size can set you back the same amount.

The same can’t be said for luxury properties though. The cost of purchasing  a high-end condominium unit can cost into the tens of millions in the pricier districts of Taipei. This is far from prices in major cities even in the West. For comparison, you can already get an upscale condominium unit of the same caliber in Houston for $7.5 million. On the East Coast, a penthouse unit in Miami typically costs $5 million. Prices can reach as high as $60 million in Taiwan, which is already enough for a lavish mansion in America. It’s one of the reasons why you won’t find many expats who own their own property here.

We previously stated that the public transportation system is one of the best things about living here. It’s clean, reliable, and reasonably priced unlike most major cities in the US. The MRT, busses, and even taxes are all reasonably priced.  If you opt for the MRT and busses most of the time, you will probably need spend about $50 a month on transportation.

If you don’t eat out a lot, food can be very cheap in Taiwan. Expect to spend between $300 to $400 a month if you just eat in local eateries or cook your own food. You can double this budget if you like to indulge every once in a while as we mentioned before. And, if you add alcohol in, your budget hit can really start to go up.

Phone plans in Taiwan are cheap when compared to some western countries like America. For around $35 a month you can get unlimited 4G data on top of regular call and text charges. This is already enough for normal mobile use, which covers connecting with loved ones, mobile transactions, browsing and playing games. And yes, it’s truly unlimited unlike the “unlimited” plans offered in the west.

Movies in a theater typically go for $8. They have cool little packages that include popcorn, drinks, and a hotdog for a few dollars more as well. You can also apply for a gym membership for around $30 a month but don’t expect fancy machines. You will have to add hundreds more if you want to workout in a big corporate fitness center with high-end equipment.

A lot of westerners have the misconception that all Asian countries are cheaper in comparison to staying in a country like the US. But many often forget to take into account the salary difference, too. Let this list act as a guide for a more informed decision in terms of moving to Taiwan.