Taipei is a great city to live in. However, many people do themselves a disservice when they don’t even consider other cities to move to in Taiwan.

For a variety of reasons, there are many other fantastic places to live in Taiwan. One city that I know really well and recommend to people is Tainan. I lived in Tainan for about two years before moving to Taipei and had a great experience there. Below are the top reasons you should think about moving to Tainan.

You can see some pictures from in and around Tainan below too.

Tainan is much smaller than Taipei and other cities like Kaohsiung and Taichung. In Tainan, there are about 1.7 million people in the metropolitan area, which is significantly smaller than the 7 million in Taipei and the nearly 3 million in Kaohsiung. Tainan is pretty densely populated, so while there are still a lot of people (compared to many Western cities), the city itself feels very small and easily traversable by scooter.

In Tainan, you can easily get around to most places in the city by scooter (you will need a scooter in Tainan) in 10-20 minutes. Even if you drive from one edge of the city to the other edge it shouldn’t take you more than 30 minutes max. This makes getting around Tainan much easier and faster than a city like Taipei.

It also makes meeting up with friends very easy as you will all be just a 10-15 minute drive from a central location.

Tainan’s weather is far superior to Taipei’s weather, which I always find strange since Tainan is less than 200 miles south of Taipei. First, there are far fewer rainy days in Tainan than in Taipei. Second, the temperature is usually a few degrees warmer, which is particularly nice in winter. The two winters I spent in Tainan were short and by the end February the temperature was consistently above 68 degrees (20 degrees Celsius). Third, there are also a lot more sunny days than there are in Taipei, which the locals will regularly tell you. Complaining about the weather is a popular past time for people who live in Taipei, especially for those who grew up in other parts of the island.

The cost of living is much cheaper in Tainan than many other places. For example, in Tainan I shared an apartment with a friend and paid $9,000 NT ($300 USD) total. My apartment was in a big complex on the edge of the city and had 3 bedrooms, 2 bathrooms, and a balcony. My rent in Taipei for a similar place is $18,000 total.

So, in Tainan you can expect to spend about 1/2 what a similar place in Taipei would cost. Other living expenses are often cheaper there as well, like street food, going to bars and restaurants, etc. Of course, how much you will save by living in Tainan depends on your lifestyle, but it could be a considerable amount more than in a place like Taipei.

If you are from a big city, or spent a lot of time in one, then you’ll probably enjoy the hustle and bustle of Taipei. However, I know a lot of people who don’t really like big cities and find life in Taipei too chaotic and stressful.

Life in Tainan is far more relaxed than Taipei. People generally do things a little slower and without the same urgency that you find in Taipei. At the same time, I found people in Tainan to generally be friendlier than in Taipei, which is a pretty common trait you will find in smaller cities worldwide.

There are far fewer foreigners in Tainan than in other cities and getting to know people there can be easier. For example, in Taipei there are many bars and clubs that people go to and you regularly see different people whenever you go out. In Tainan, there are only a few bars and clubs foreigners go to and you generally see the same people regularly. This makes getting to know the majority of foreigners pretty easy and I found the community there to be much closer than in Taipei. There are of course positives and negatives to this, but if you are the kind of person who comes from a small city this will likely appeal to you.

Sadly, except for a few places here, the beaches aren’t really what you expect when you think of subtropical island. The one great beach area is on the southern tip of Taiwan in a place called Kenting. Getting there from Tainan is very easy and makes for fun weekend getaways.

You can hop on the train to Kaohsiung (which takes about 45 minutes) and then pick up a bus, private car, or taxi, which takes about 2 hours. Kenting is a really pretty beach town with nice beaches, scuba diving, and cool places to explore nearby (you can rent scooters and drive around the area). Kenting is a very good reason to consider living in Tainan or southern Taiwan. 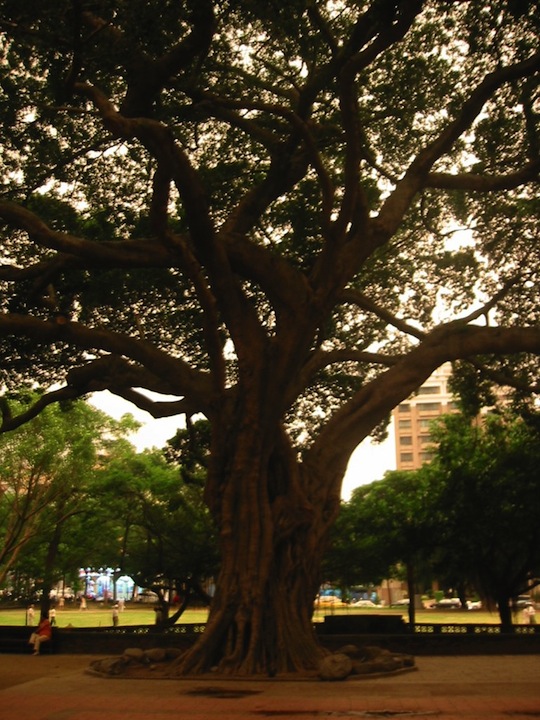 Tree outside of the Confucius Temple 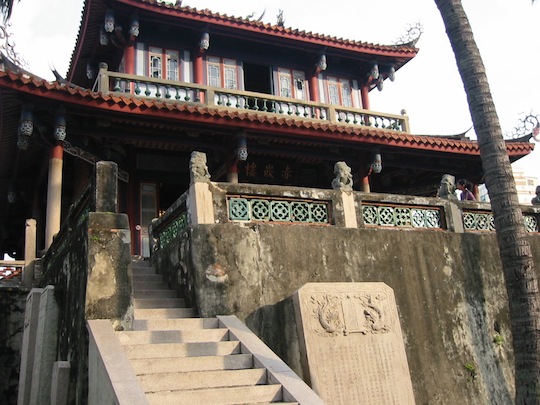 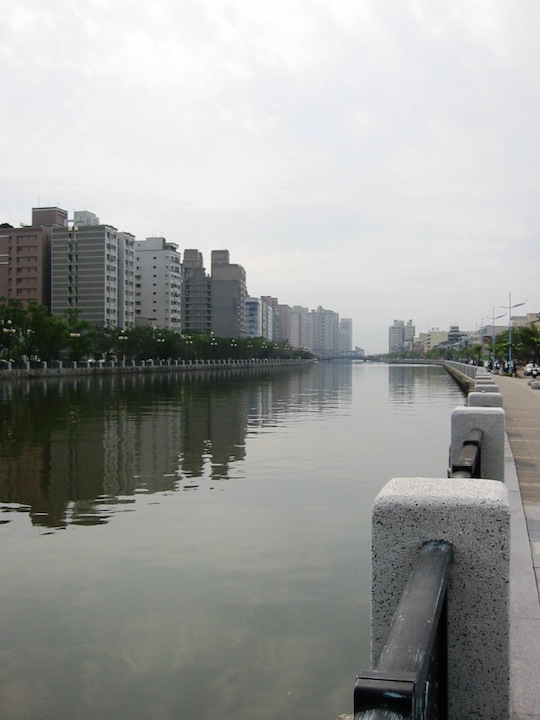 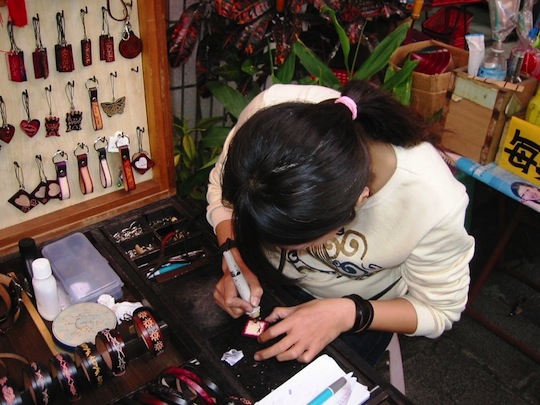 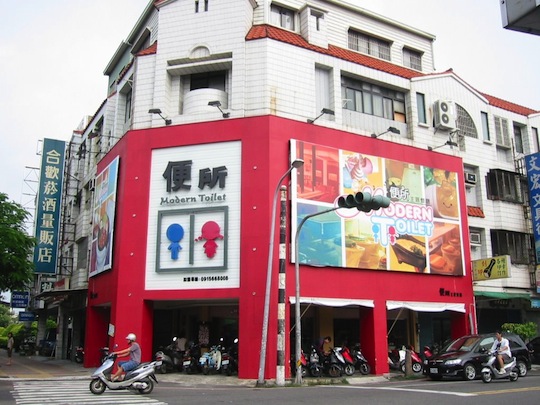 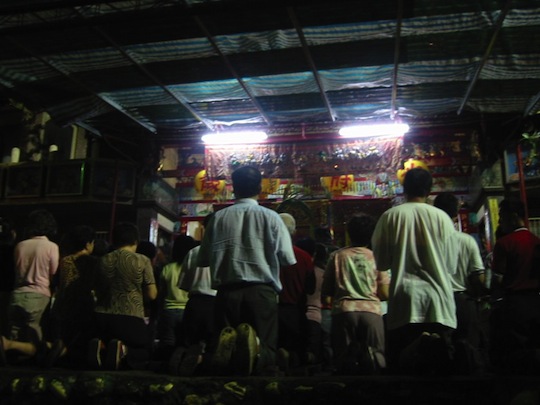 Random temple scene on the side of the road I stumbled upon driving my scooter one night. 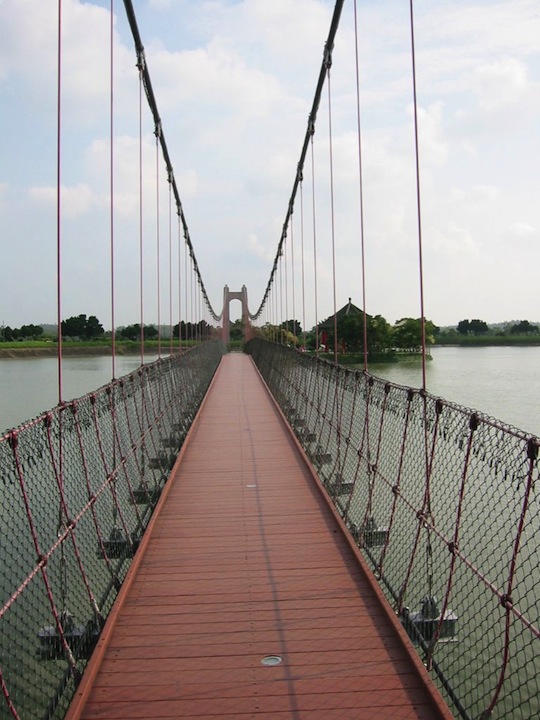 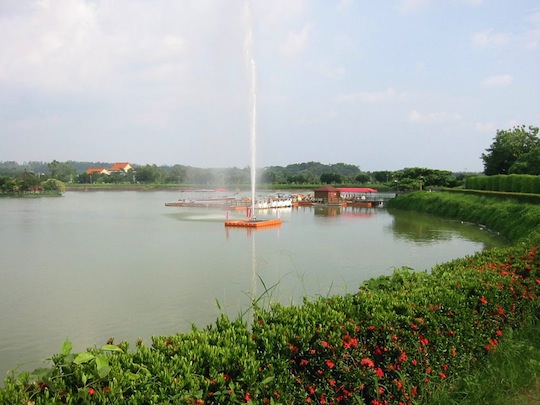