Moving to and living in Taiwan can be both exciting and scary. The fear of leaving everything you know behind in search for something new can make a person second guess their decision.

But it can get even more stressful when you add children into the equation. Don’t worry, although Taiwan has a ridiculously low birth rate (less than 1 child per couple), there are still children here, and, where there are kids, there are kids activities.

Last weekend I visited a really kid friendly place in Taipei, which is both very wallet friendly and easily accessible by public transportation. The Taipei Astronomical Museum is Taipei’s planetarium. While most of the signage is written in Chinese, there is still a lot to see, and you can have a good time without Chinese language ability.

To get there using public transportation, you can use the MRT and the bus system. I took the MRT to the Shilin (士林) stop. From there I crossed the street and turned right. Walk towards and then past the Sushi Express restaurant until you see a Tiamo Cafe that you can see here: 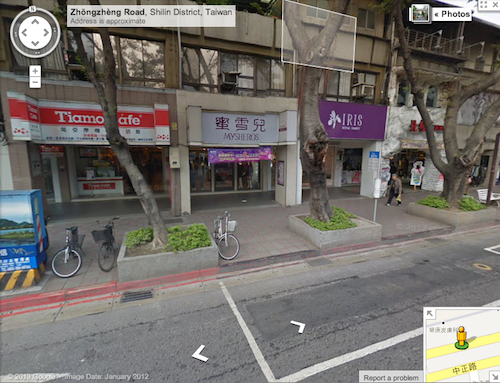 From the nearby bus stop, you can take bus 紅30 (or R30) to get to the Astronomical Museum and the nearby Science Park.

After arriving at the museum you have the option to buy several types of tickets. I wasn’t in time for the planetarium show, so I instead purchased a ticket for the Exhibit Hall for NT$80 (about $2.55 USD as of February 2015). They also show IMAX movies with scientific themes, but I passed, as the Exhibit Hall had enough stuff to keep me busy for a couple of hours. Once inside, you have 4 floors of exhibits to wander through.

The museum covers everything from the history of astronomy to the basics of astrophysics. There are displays of the early equipment that was used to search the skies. You can see designs of early telescopes and scale models of all of the rockets made to search space. There are models of spacesuits and displays showing the interior of the space shuttle. And there is tons of info about constellations and the general movement of the universe. 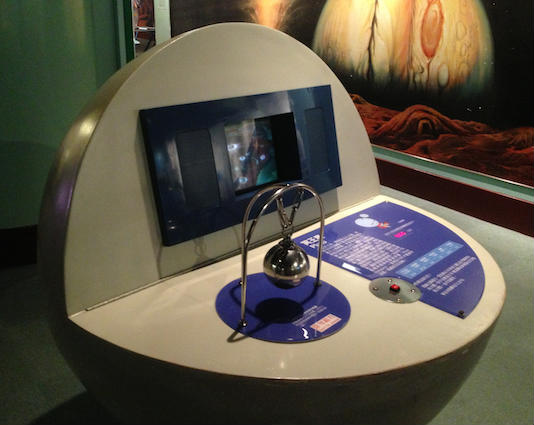 One fun display and activity I saw was a ring of scales. Each scale represented one of our solar system’s planets (and they included Pluto). When standing on each scale, it would show you your weight relative to that planet’s gravity. Be warned fellow Americans, the display shows kg, not pounds.

If giant cutaways of the sun and scale models showing the size of Jupiter compared to Earth aren’t enough to keep you or your child entertained, the 4th floor houses a very unique exhibit.

Both may very well be true, as it’s rather well made. It’s OK for adults and kids, but if your little one is easily frightened, you may want to pass. From my experience, it should be fine for most children 6 years old and up, but you know your child so use your best judgment, because once you get in you have to go through the entire ride. It’s only a few minutes long, but for a scared kid, it would feel like it’s a lot longer.

If you don’t mind spending some cash, between the exhibits, the IMAX show, the planetarium and the Cosmic Adventure, you can make a whole day out of it. So if you are planning to move to Taiwan with a family, you should know that you are not alone. There are child friendly activities, and they aren’t all going to break the bank.

If you are already living in Taiwan with a family, what places do you find suitable for the whole crew?

For more information, visit the website of the Taipei Astronomical Museum.