Many Taiwan tourists end up spending a lot of time in Taipei. But, there’s a lot more to see and do. One very popular tourist destination outside of the Taipei is is located in central Taiwan: Sun Moon Lake.

According to the Taiwanese government, Sun Moon Lake is one of Taiwan’s eight wonders. It’s located in Nantou County, which is about as central as you can get on the island. 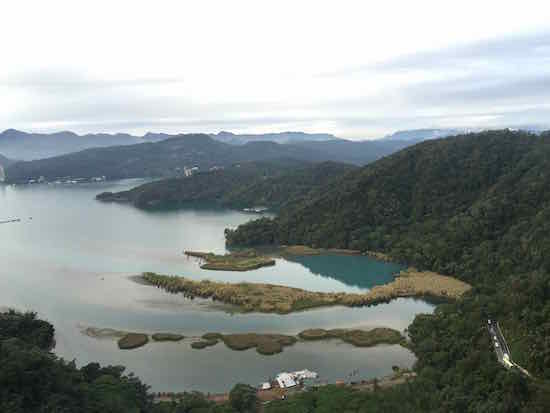 The major drawing point of the lake is that it’s huge. There’s nothing else even remotely similar anywhere else in Taiwan.

Getting there from Taipei

Before you get too far into this, make a note that this is how I got there, and there may be other ways that are more fitting to your needs, such as time or money. But for me, this was what worked best.

Luckily, I’m not too far from the Taiwan High Speed Rail, so I took a quick bus ride to the Xinpu MRT station, and went to Banciao Station. I bought a ticket to Taichung via the High Speed Rail and hopped on the train. After a very fast ride, I got off the train and found my way to a stand in the station selling bus tickets to the lake area (My apologies for forgetting the price).

The bus trip was actually rather scenic and worth staying awake for if you can. It was only about an hour or so too, so not that bad as far as bus rides go.

After a couple of stops, one at a small university out in the middle of nowhere, you eventually get the Sun Moon Lake area.

Depending on where your staying, your hotel or room might be a short walk from the bus stop, but if you’re like me, you need to get to the other side of the lake. (No hotel yet? Click here to see what’s available in Nantou county.) You could always take a taxi, but that’s expensive (over $15 USD) and boring. The better option is to take one of the many boats across the lake to your place. 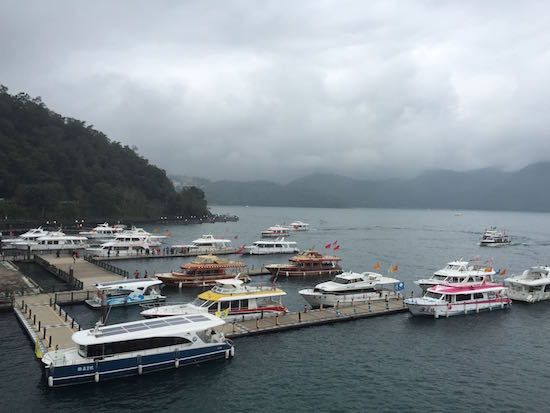 They operate like busses, usually leaving every 15 minutes or so, and for about $3 USD you can ride it back and forth all day. Just remember, there are a few different companies running boats, so make sure you get in the right line.

What is there to do?

The obvious answer to this question is to enjoy the lake. But, you’ll have to do so from out of the water. There is no swimming allowed in Sun Moon Lake, except for one day a year. It’s probably for the best though as the boat traffic is actually quite heavy.

The good news is that there’s plenty of scenery to keep you busy. You can walk around the lake and explore the temples, hiking trails, and even an old Christian church. You can even rent a bike from one of the many shops and bike your way around the perimeter, which, though I didn’t do, I have been told by several friends it’s worth the time.

One thing to make a note of though is that you might see a lot of some very big and not too pleasant looking spiders, like this friendly fella that wanted to take a ride on my clothes. 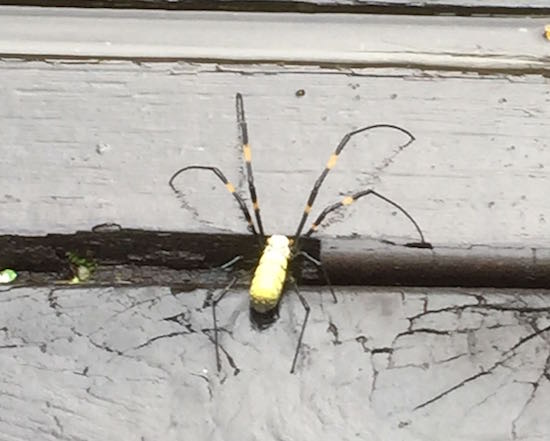 Luckily, these golden silk orb-weaver spiders aren’t that dangerous, and for the most part, there spotted up high in the trees doing their thing.

If you want a great overview of the lake, take a ride on the gondola. You can’t miss it, as it’s basically visible from wherever you are. It’s a quick but scenic ride, and it costs about $8 USD a person. The cool thing is that you can either just take the round trip for the view, or get off and explore the area you are dropped off at (there’s some kind of small kid’s park), and then hop back on and get a ride back. Just remember to keep your ticket.

Here’s what it looks like from inside a gondola car as you leave the station: 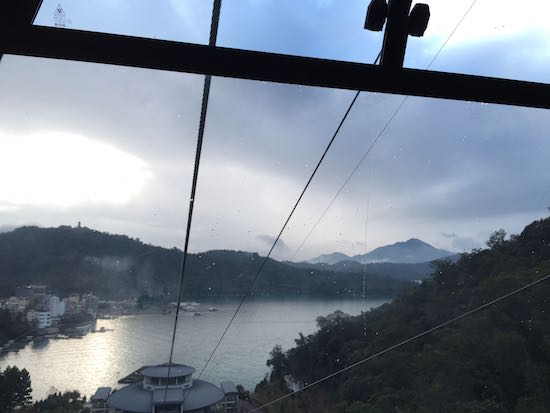 Try Some Different Food and Drink

This isn’t actually the best place to awesome food, but you never know when you’re going to stumble onto a surprise. I’ve been in Taiwan almost a decade, and I’ve traveled around a fair amount, and this is the first time I have ever seen this weird fruit. 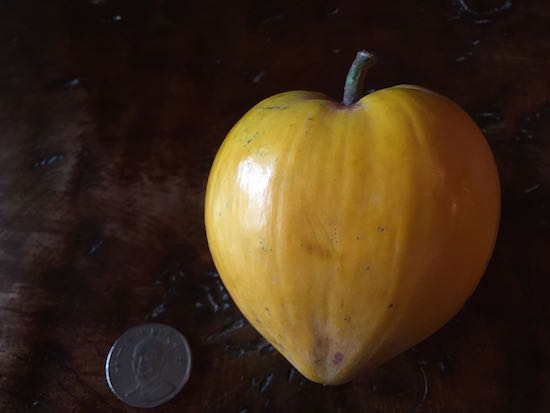 The fruit vendor said it was called, roughly translated, an egg fruit. Here you can see its size when compared to a 10NT coin, which is roughly the size of an American quarter. Overall, they seemed to be a little big bigger than a large apple.

You can’t eat the skin, and it doesn’t really peel off very well, but it’s soft and easy to get into. She gave us a little plastic spoon, which is all that was needed to dig in and give it a try. 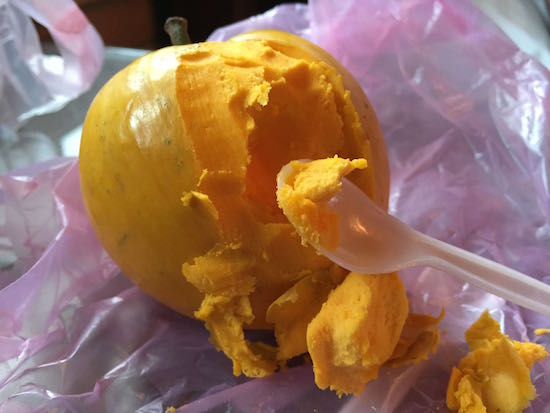 It was rather sweet and had a flavor very similar to a yam. It was also very starchy, and while it was good, one was plenty.

Besides the odd egg fruit, there’s plenty of Taiwanese noodles, lot of places serving dishes made with wild mountain pork, and whole heap of Aboriginal rice wine. It too is in most cases, super sweet, and a little bit goes a long way. That being said, of course I had to grab a bottle. 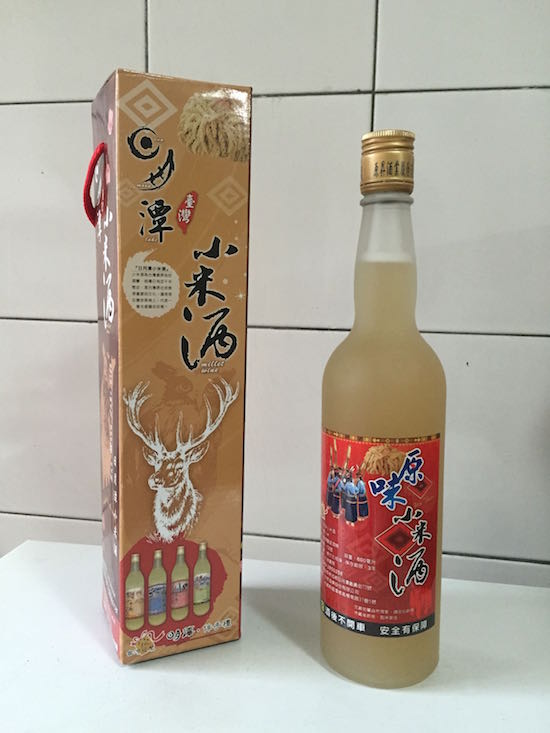 I jammed a lot of this into a very short stay, so I’m sure you’ll be able to keep yourself busy for at least a few days and nights. This was during the off-season, so not everything was open, and the weather was a bit overcast, but you also get smaller crowds and a lot fewer tourists.

The point is, even if you are in Taiwan during an off-season, you can still take advantage of some of the popular parts of the island.